Please leave a Review to support my business.

Report a problem with this listing

About us CR Smith has been an established name in Scotland's business community for 100 years.

Forty years ago, the company was purchased by an enterprising young Fifer called Gerard Eadie who saw an opportunity to expand the business into double glazing as a new generation of homeowners were encouraged to improve their properties.

What followed is an iconic Scottish business success story, based around a quality product and the continuous desire to innovate and improve. The proliferation of the CR Smith Blue and White vans on the streets of Scottish towns and villages and the decision to sponsor both Celtic and Rangers Football Clubs simultaneously, which was a marketing first, are just two of Mr Eadie's legendary moves.

Today, CR Smith employs over 400 people, operates its own manufacturing plant and runs its own apprenticeship scheme. It also enjoys strong links into the local community, led principally by Mr Eadie's long held commitment to champion young people into work, through the Hand Picked jobs initiative and local sponsorships.

Is this your business?

Show me directions to C R Smith the Glaziers 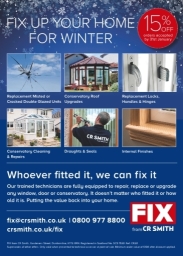 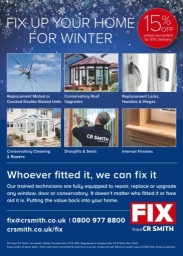 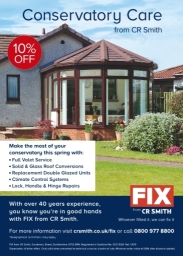 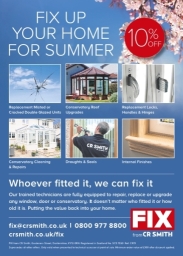 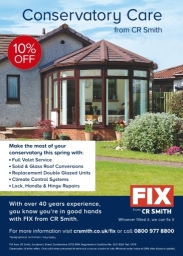 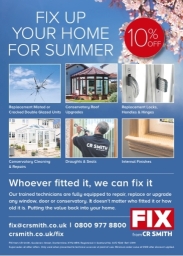 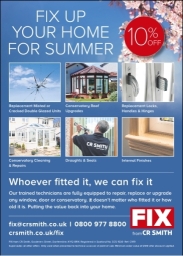